Soon after completing his Ph.D. in the United Kingdom, and while working at the Nigerian Institute of Medical Research, Dr. Daniel Kolawole Olukoya (DKO) summoned a prayer meeting. This was on a Wednesday in 1989. 24 brethren showed up at the meeting. The venue of that meeting was in the living room of DKO.

After that meeting, the voice of Providence kept calling for subsequent meetings. At these meetings, the power of God came down and verifiable miracles began to happen in the lives of the attending brethren. The power of God began to evangelise the prayer meetings and a spiritual explosion began with people coming from far and wide to seek the face of God.

With more and more people attending the prayer meetings, a larger location was required. The prayer meetings moved to 60 Old Yaba Road, Yaba, Lagos. Here, the teeming crowd of believers grew in even more amazing proportion necessitating yet another relocation. 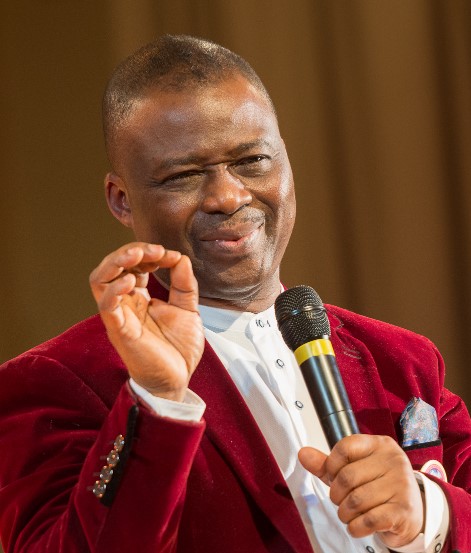 The prayer group was offered and purchased an abandoned slum located at 13 Olasimbo Street, Onike, Yaba. It was a fairly large piece of land near the second gate of the University of Lagos. That slum has now been transformed into the International Headquarters of the Mountain of Fire and Miracles Ministries of which Dr. Olukoya is the General Overseer. The name “Mountain of Fire & Miracles Ministries” was revealed to DKO during normal prayer and the church had its first service on April 24, 1994.

Even at the new location, believers and those seeking help kept coming leading to a very large congregation. This situation posed a challenge of crowd, growth and expansion management to the leadership of the church. Thus, under the direction of the Lord, MFM evolved a strategy of a network of branches in every state capital, local government headquarters, senatorial district and locality. Till this day and across the world, MFM branches spring up as one of the fastest growing churches of this generation. International church branches first started in London before spreading to the United States, Canada, the rest of Europe, the Caribbean, Africa and Asia. On every continent, MFM is profoundly visible and greatly impactful.